With more women and men empowered to control their fertility with planning and birth control use, some populations are seeing drops in childbearing.  Some countries are concerned about population declines and are promoting childbearing.  The “baby bonus” programs of Australia and Singapore may ring a bell.

Iran, a country with a population of more than 75 million people, is experiencing a decline in its population.  Supreme leader Ayatollah Khamenei has called for more babies to strengthen national identity.  The ministry of health has offered to help couples pay for fertility treatment.  Now, Iran’s parliament has approved a bill that bans permanent birth control methods and advertising of birth control.  This ban outlaws vasectomies for men and similar procedures for women.  People utilizing these methods of birth control may face up to 5 years in jail.  This comes as a stark change to Iran’s existing family planning policies.

Traditionally, Iran society supported early marriage and parenthood.  As a result, fertility rates were high with 7 births per woman.  However, Iran has been experiencing declines in fertility since the 1960s due to progressive family planning programs and more recent improvements in education.  Iran’s birth rate is currently 1.6 children per woman.  At this rate, the population will slowly decrease and the average age will increase. 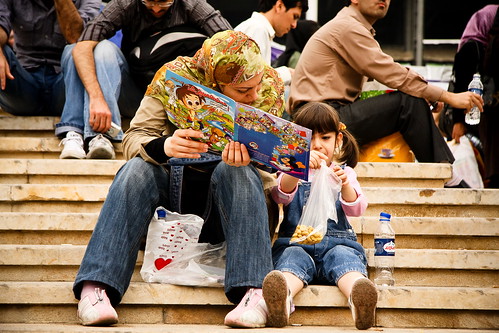 If this policy is implemented, men would have no highly effective methods of birth control available to them.  Women would have the intrauterine devices and the subdermal implant available to them.  But the ability to undergo a quick sterilization procedure would be outlawed.  There are serious concerns that this policy could lead to more unsafe abortions. More than half of all abortions in Iran are done illegally since legal abortions are highly restricted and largely inaccessible.  With the lifetime abortion rate estimated to be 1 in 4 women in Iran, there are already too many unsafe procedures.

Others question whether forcing women into the domestic sphere roles may backfire.  Research from Harvard’s sociology department found that declining fertility may not be linked to birth control use, but rather to gender role stereotypes placed on women.  Other countries experiencing similar drops in birth rates are working to improve conditions so that couples want to plan to have children.  An example of improving conditions is more maternity and paternity leave.

The policy does not go into effect until a panel of theologians determine whether it complies with Islam.

We live in an interesting time where most populations are struggling to reduce unintended pregnancies but a few are now working to promote more pregnancies.

About The Pharmacists Clinic

The Pharmacists Clinic is the first of its kind! Services are provided by Dr. Sally Rafie, PharmD — an expert clinical pharmacist, conveniently located inside your beloved independent pharmacy. Now offering mobile services throughout San Diego and virtual telehealth visits by appointment.